Anticipation, nervousness, fear — mixed emotions ran through our team as we stood waiting for our first match of the season to begin, yet our captain Geoff strode with confidence and calmness setting up the boards. Did he know something we didn't? We knew promotion into division three was going to be tough! Woodseats team strutted, laughing confidently, thinking that they only had to turn up and demolish us 6-0. Had they really won the psychological battle already? Had they really had this match in the bag before it began? We lost the toss and it seemed nothing was going our way. Suddenly Woodseats players' jaws dropped when they discovered the top two boards were to be played by our new players to our team. They clearly thought the usual small team we had was to play. Shuffling and muttering a puzzled confusion showed on their faces. Who were these new players? They clearly now thought if we could drop our usual top players for new players, a tough match was ahead of them. Let the match begin!

So who are our new players? Tom used to play for Rotherham Juniors, went to University and now is back wanting to play chess again. Our captain Geoff saw the opportunity and snapped him up to play for us. Tom's winning debut on board one tricked his opponent in the opening and placed his pawns on the wrong colour in the end game. Rob Woodford used to play for Darnall and Handsworth on board one and has come back to play for us again on board two. After ten years in the wildness Rob proved he still is a hard player to beat. After a gruelling game Rob positioned his pieces on the perfect squares, pinning his opponent's Queen and had no option but to resign. Our board three player, Craig researched Bill's openings and prepared a line where he hardly played. Bill was clearly out of his comfort zone and the game was short and ended in a draw.

My game on board four also ended as a draw. Yet again I blundered in the early stages of the game but fortunately Dave didn't see it. In retrospect Dave had the edge, pressuring my a-pawn and I think I put too much thought in preventing him in capturing the pawn. Rather than reacting to his moves, I should have forced through my initial strategy of pushing my central pawns earlier. Consequently when I did started pushing, it was too late. The pieces got exchanged and it ended in a draw. Our board five player Geoff started like a house on fire, gaining space all over the board and looking like victory was imminent. Unfortunately in an otherwise level position Geoff lost his Queen! Finally, our board six player, Rob Black was a piece down but managed to snatch a win on time.

This mighty victory, 4-2 has created shock waves in the chess community! This match was 'David and Goliath'. Dazed and bemused Woodseats team congratulated us and quietly left. The other teams in the division will surely wake up and start frantically working out how they are going to stop our powerhouse jugganauts smashing through to victory in the future!

No comments made yet. Be the first to submit a comment

Congratulations to B-Team for winning the play-offs against Ecclesall (D), 3½ - 2½. After a very close, tense and cruelling match we managed to secure our place in division 4 next season. 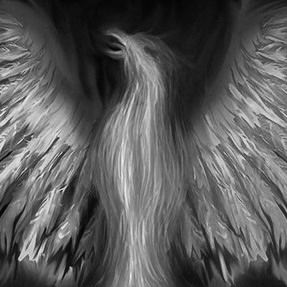 Guest - Joiel 30th Jubilee Celebrations
30 March 2021
Thanks for the post.